The 2019 General Assembly opened for business.

I was honored to be a member of the procession escorting the Senate members and the honorable Governor into the House Chamber to kick off the State of State Address.

As a member of the House Committee on Finance, we now are in the process of vetting the Governor’s budget articles.

The proposed FY19 budget has a deficit of $180 Million(M).  Based on revenue projections for FY18, the state is running a $55M deficit. If the deficit remains for FY18, the FY19 budget will have to make up the difference bringing the total shortfall to $235M.

There are numerous fee increases for various professions, services and fines to increase revenue in the proposed budget.

The FY19 budget includes online sports gaming revenue of $23.5M based on a future US Supreme Court Decision.

There are proposed tax changes and increases on cigarettes, other tobacco products(e.g. e cigarettes, etc.), security services tax and a new tax on Software as a Service (SaaS).   SaaS is a direct tax on businesses.  If your organization uses webhosting services for timecards, payroll, email, office suite products, human resources and similar services the proposed tax should be of concern to you.   The House Finance Committee hearing regarding SaaS can be viewed here:

In general, there are a lot questions regarding revenue sources and projections to fund the nearly $9.4 Billion budget. There are a lot of numbers and moving targets, but the takeaway is that the budget is increasing and revenues are not close to meeting that growth. More to come.

Here are samples of the legislation I sponsored or cosponsored:

The prohibition of credit agencies from imposing fees for credit freezes and thaws.

The creation of an Office of Inspector General – Note a press conference of the bipartisan can be viewed here:   http://ritv.devosvideo.com/show?video=3730e1e53069&apg=7e98c085

Requiring the Attorney General to provide results within 90 days of obtaining an Open Meetings Law complaint.

Re-enforcement of the powers of the Office of Child Advocate investigative powers.

The elimination of sales and use taxes on electricity and gas bills.

More legislation sponsored or cosponsored can be found by searching my name here: http://status.rilin.state.ri.us/

Held a constituent forum at the Brown House.

Participated in the Portsmouth and Middletown legislative priorities sessions.

Attended the ceremony of the Town of Middletown’s purchase of the old Navy Lodge Land.

Enjoyed being speaker for the day for civic minded aspiring legislators from PMS! 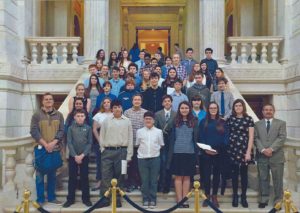 I want to say Thank You to my friends and supporters for attending my fundraiser and for contributing to my campaign.  I truly appreciate all your support!

I’m honored to proudly serve you! 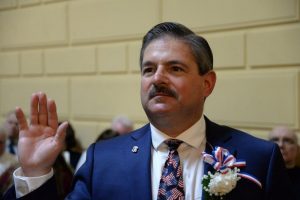